Spaces for being outdoors without moving from home, private or condominium gardens, contact with nature. In this period of health emergency, people’s needs have changed and with them the real estate market. The most important analysts in the sector say it clearly: according to Nomisma, for example, the impact of the pandemic has affected not so much the number of sales or property prices, but above all on the type and quality of the solutions sought. What emerges is an escape from the crowds of the city center: often in search of larger spaces, an extra room, a patch of greenery. A trend that pushes many Italians, and Milanese in particular, to look outside the big urban centers, in search of a different, better quality of life.

The Lombard farmhouses: between city and countryside 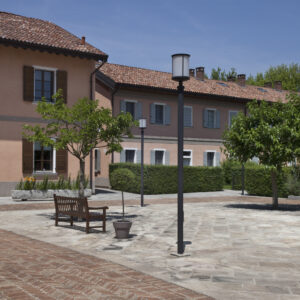 Milan, in this sense, offers many opportunities: a few kilometers from the center, the Lombard countryside preserves an incredible rural heritage, made up of old farmhouses, sometimes so extensive as to constitute real villages. Over time, with the agricultural crisis and progressive industrial urbanization, the farmhouses became depopulated and remained abandoned. But today, precisely in the perspective of a return to the origins, the conservative recovery of these places is becoming the answer to the needs of those looking for a new way of living.

A few kilometers from Milan, immersed in the South Agricultural Park, one kilometer from Humanitas, the most modern and largest hospital in Milan with its University, Borgo Vione, one of the largest farmhouses in Lombardy, is the ideal destination for those who want change your lifestyle, moving away from the metropolitan chaos. Well before the pandemic accentuated the new needs of those who live in the city, Borgo Vione was already building its own philosophy: not just an escape from smog, noise and stress, but a place to live well, in an authentic way. Unique in the Milanese panorama, Borgo Vione is the future that goes back to its origins. Thus, while the metropolis is developing frantically vertically, with the continuous sprouting of new skyscrapers, Borgo Vione proposes an alternative and innovative vision: that of horizontal development, carried out without further consumption of land, but bringing back to life the beauties of the past. to be rediscovered. Since 2012, with the first family that came to live in the Borgo, today there are 70 families who have chosen to live in this ‘horizontal forest’. Milanese who have decided to leave the chaos of the city, but above all foreigners, who are always the first to notice the value of Italian jewels. Those who decide to live in Borgo Vione therefore leave the compressed spaces of the city, the much acclaimed vertical woods, to repopulate the horizontal forest by rediscovering the roots of living, where the external place is not an accessory but is the very essence of living. Having your own spaces, both to be enjoyed privately and to share with those who live next to us: this is the exclusivity of Borgo Vione.

From an ancient grange to a community surrounded by greenery 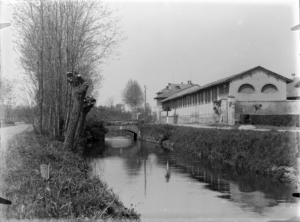 Former grange of the Abbey of Chiaravalle, a sort of agricultural consortium founded on its own economic and administrative organization, Borgo Vione is now a community surrounded by greenery. A real small village made up of houses obtained in the ancient original buildings recovered, of streets where no cars pass, of cohorts, of shared gardens. The common green spaces, which enrich the private ones, can not only host picnics, barbecues and outdoor games, but are also places where to recover the relationship with nature and the ancient agricultural vocation: fruit trees, for example , available to adults and children, reconnect that link between man and the earth that those used to living in the city have lost. And it is precisely around these green spaces, the life that is created around them, that Borgo Vione represents a modern and innovative concept of community: even in the privacy of each home, the residents of Borgo Vione have the opportunity to share their daily life. and their free time with other neighbors in a concept of communion that respects everyone’s peace and safety. A real return to the origins, a few, very few kilometers from the center of Milan