In recent years, large metropolises have seen a new housing trend emerge, which has consolidated with the pandemic: the wealthiest people no longer aim for a luxury home in the center, but choose to move out of the city.

A research by the Wealthengine platform, conducted between October and November 2020, showed how millionaires in the US, especially those between 40 and 55 years old, have moved en masse to the suburbs of large cities, where they can buy villas with gardens and additional rooms to be used as an office, and from which you can easily reach the city center. 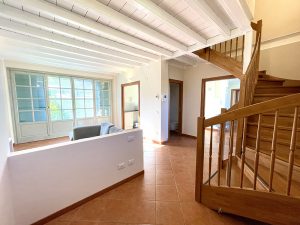 This trend also applies to London, Paris, San Francisco and Milan: true luxury is being out of the city, being able to afford a higher quality of life thanks to greenery, spaces, less stressful time management than in the big city. The Borgo di Vione residence fits perfectly into this new way of understanding luxury and has made exclusivity its signature: Borgo di Vione is in Basiglio, Cusago and Milano 3 or any other Hinterland solution well connected to Milan, such as the new district Citylife is to the district, or how the buildings in the center of Milan are to those of the second circle.

Borgo Vione is the choice of those who want to live connected to Milan, but without the chaos of the city center, both for quality of life and for the future value of the investment.

This element of exclusivity makes any investment in Vione a forward-looking choice.

MARKET VALUE IS INTENDED TO INCREASE

At the moment, purchase prices are relatively low because the property is building new houses, and therefore the so-called scarcity effect is missing. Scarcity effect which instead is evident for rents which are very high and far above the market rent parameters.

However, Vione is a very different real estate initiative from the others: the Borgo was built with a very particular logic, which was particularly understood by foreigners.

Borgo di Vione is a place dedicated to those who have understood that its value is inexorably destined to grow.

Several investors have already bought houses in the Borgo to rent them out, trusting in an increase in the value of the properties.

In the last two years, especially in some neighborhoods, real estate prices in and around Milan have undergone a very significant increase, in some cases up to 50%, with a widening of the gap between new and used. If up to 3 years ago the difference in price per square meter between new and used was around 20%, today it can be as high as 50%, demonstrating the existence of a strong demand for modern design homes.

For new real estate initiatives, such as CityLife, Porta Nuova or Bosco Verticale, there is also another data that indicates the probable rise in prices: the presence and demand for leases. In the initial phase, the dynamics of prices follows lease and annuity values ​​higher than the selling price, even by 2/3 percentage points compared to the average. If on a medium-large size house the real rental income in Milan is between 2% and 3%, in new initiatives this yield reaches 5%. A dynamic that is destined to normalize after a few years, as the value of the house increases, putting an end to what is a momentary misalignment.

Borgo di Vione is in the initial phase of this process. By virtue of the lifestyle and the characteristics of the houses, the settlement has become the center of choice for many foreigners: the demand for rental houses is very high and cannot be satisfied. Several non-Italian families have come to the Borgo after a rental experience in the Bosco Verticale or in other new settlements in Milan: in the Borgo, however, the rents are the same as in the center of Milan or the new skyscrapers, although the selling price per meter framework is about one third.

There is therefore a very significant misalignment between the income (which is about 6/7% and with subsidized taxation) and the value of the houses. And this separation is a prelude, as has already happened in the past, to a future increase in the value of the property. For this reason, various income-seeking investors have purchased by taking advantage of the current income and the concrete possibility of an increase in value in the future.

To give a numerical example: in Borgo di Vione a new villa of about 220 square meters today has an average value of 700/740 thousand euros plus VAT. The rent to third parties of this villa is in a range between 50 thousand and 54 thousand euros per year, plus expenses, with a gross income close to 7%, and the request for lease by foreign managers is always constantly increasing.

It is therefore logical to think that in the medium term there will be a significant increase in the value of the houses in Borgo di Vione, because this misalignment will be filled with an increase in the selling price. It should also be emphasized that Vione is an avant-garde initiative, with homes built and conceived in a modern way, in the name of a new way of building, living and living. For these reasons, and based on what has always been happening in the real estate market, the future projections of the experts on the values ​​at the Borgo are very positive.